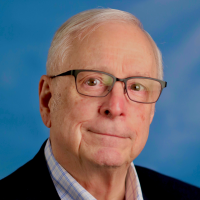 Phil Holberton started his professional career working in a CPA firm in NYC, where he earned his CPA designation.  Before moving to Boston in 1986, Phil was an Assistant Corporate Controller for Becton Dickinson (BDX), where he had the responsibility for installing LIFO inventory accounting that resulted in a first-year tax savings of $18 Million.

He also led Becton's $389M Exchange Debt offering for Sun Oil stock bought illegally.  There is more to the story.

In Boston, he was General Cinema Theatres' CFO and then in 1991 moved into the biotechnology industry.

In 1997, Phil began teaching Organizational Leadership at Brandeis' School of Graduate Professional Studies in its Masters of Software Engineering Program.

Phil jumped into executive coaching when the Board terminated the company's CEO, his boss.  Over the next several months, he was helpful to this individual in retiring from the Company.

Since 2012, he runs CEO peer advisory groups and coaches other executives, helping them get the most out of their inner and outer selves.

📄 Posts
1
👪Groups
1
👀 Followers
1
👥 Following
2
This site is a collaboration between Inc. and Multifunding. The opinions expressed here by individuals, including Ami Kassar, are their own, not those of Inc.com.
Contact Us
Terms of Use | Privacy Policy

Do you have questions for Phil Holberton?

Log in to ask Phil Holberton questions publicly or anonymously.